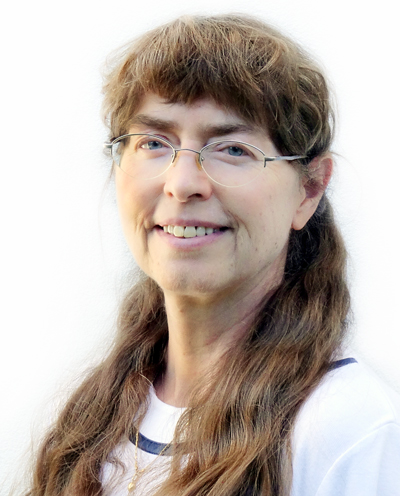 BOŻENA KOSTEK holds professorship at the Faculty of Electronics, Telecommunications and Informatics, Gdansk University of Technology (GUT), Poland. Prof. Kostek is a corresponding member of the Polish Academy of Sciences. She is Head of the Audio Acoustics Laboratory. She worked also as a half-time scientific consultant for the Institute of Physiology and Pathology of Hearing in Warsaw. She is a Fellow of the Audio Engineering Society and a Fellow of the Acoustical Society of America.

Bożena Kostek received her M.Sc. degree in Sound Engineering from the Technical University of Gdansk (1983). Following this, she completed her studies at the Institute of Management and Organization and received a second M.Sc. (1986) from the Technical University of Gdansk. As a part of her studies, she pursued her interest in journalism and took some courses in this area. She played piano for a number of years. From 1987-1989, she studied at the Paul Sabatier University in Toulouse, France, receiving DEA d’Acoustique on the scholarship granted by the French Government (and later studied in l’ENTPE, Vaux-en-Velin, and l’INSA Lyon, France). In 1992, she supported her thesis devoted to the quality of the pipe organ control systems and received her Ph.D. degree with honors from the Technical University of Gdansk. In March 2000 she supported her D.Sc. degree at the Institute of Research Systems of the Polish Academy of Sciences in Warsaw. In 2005 she was granted the title of professor from the President of Poland. In 2003-2006 she was appointed Vice-Chair of the Multimedia Systems Department.

She led a number of research projects sponsored by the Polish Ministry of Science and Education, also Polish National Centre for R&D and National Science Centre (altogether 39 projects). The subjects of the mentioned projects concern new methods of music recognition based on soft computing approach, pipe organ control based on fuzzy-logic, acoustic sound quality investigations, digital processing algorithms for hearing aids and cochlear implants and others. She took part in the 6th FP European Project Prestospace devoted to audio and video restoration. She took also part in three EU programs (7th Framework Program) that were realized at the Faculty. Her research activities are interdisciplinary, however the main research interests focus on cognitive bases of hearing and vision, music information retrieval, musical acoustics, studio technology, Quality-of-Experience, human-computer-interaction (HCI) as well as applications of soft computing and computational intelligence to the mentioned domains. She also authored or coauthored some technological solutions (40).

Prof. Kostek has published and presented more than 600 scientific papers in journals, chapters in books and papers at conferences, she also received several patents (21 patent pending and patents altogether). In 1999, she published a book entitled “Soft Computing in Acoustics“, and later in 2002 she co-authored a book devoted to “Computer technology applications to audiology and speech therapy”. In 2005 she published another monograph entitled “Perception-based Data Processing in Acoustics“. Prof. Kostek was also one of the Editors of the first volume of the Transactions of Rough Sets and Guest Editor J. Intelligent Information Systems, JAES (J. Audio Eng. Soc.) and J. Acoustical Society of America. She has been an Editorial Committee Board member of the Archives of Acoustics for many years. From 2008 to 2012 she was Editor-in-Chief of Archives of Acoustics (JCR journal). She was a member of the Review Board for the Journal of the Audio Engineering Society, and a reviewer of this journal. She serves a reviewer of many scientific journals (e.g. IEEE Transactions on Audio, Speech and Language Processing, J. Audio Eng. Soc., J. of Acoustical Society of America, J. of Intelligent Information Systems, J. New Music Research, NCEJ, Neurocomputing, IET Signal Processing, etc.). She was Editor-in-Chief of  Journal of Audio Engineering Society (2011-2020). In July 2013 she was appointed as an Associate Editor of the IEEE Transaction on Audio, Speech, and Language.

She was the reviewer of 35 Ph.D. theses (among them those from the University of Monash, Melbourne, Ulster University, Singapore) and 9 habilitation works (for the D.Sc. degree). In addition, B. Kostek was a reviewer of the scientific achievements (Monash University) and a reviewer of professorships in Poland. Under her guidance, many students studied individual programs, and foreign students were given opportunity to complete their works. She encouraged students to undertake research internships abroad, and coordinated students’ participation in scientific events as the Erasmus Plus Faculty Coordinator. So far, she has been the supervisor of over 260 M.Sc. and Eng. diploma works. Many of the M.Sc. works received very valuable prizes (awards granted by firms, e.g. Intel, Philips Consumer Industries Poland, by Scientific societies (Polish Section of the AES, Polish Electrotechnical Society), by Dean of the Faculty, President of the University, as well as by President of Gdansk). The best and most talented continue their careers at doctoral studies.

Prof. Bożena Kostek has been a guest speaker, session and panel organizer in conferences held in many countries throughout world. She has chaired or directly contributed to the organization of more than 15 scientific international and local events, including the 138th Audio Eng. Society Convention in 2015, International Symposia on Sound and Vision Engineering and Mastering, held in Gdansk, PL. She was a member of the team that represented Poland at the European IST (Information Society Technology) events (Nice, France, and Cork, Ireland), as well as she represented Polish scientists in the meetings organized by the National Centre for Research and Development (NCBR, PL) and the Ministry of Science and Technology of Taiwan (MOST) to identify potential areas for collaboration on the topic of ‘Information and Communication Technology’ (ICT).

Prof. Bożena Kostek has been elected to Senior member of  the IEEE and the International Rough Set Society.

Prof. Bożena Kostek has received the Certificate of Appreciation in recognition of her service as Associate Editor of IEEE/ACM Transactions on Audio, Speech, and Language Processing (2013-2016).

She is the recipient of many prestigious awards for research, including: